S&T’s Russian language classes appeal to students with diverse academic interests and combine well with a broad range of majors. Students take them for many reasons — from a passing interest to graduation requirements to career enhancement.

Benefits of Minoring in Russian

To point to this anchor, create a link with the target "#psrslaaward" instead of a URL. Note that this blue block will not be visible on your live site or in previews.

​Organized under the American Council of Teachers of Russian (ACTR), the Post-Secondary Russian Scholar Laureate Award (PSRSLA) provides national recognition for outstanding junior and senior university-level students who best embody an enthusiasm for and love of things Russian. Teachers who are members of the ACTR may nominate one junior or senior from their university each year to receive the award as that school's most outstanding Russian student.

For more information about the program, the guidelines, and the list of all laureates, visit http://www.actr.org/post-secondary-russian-scholar-laureate-award-psrsla.html

To point to this anchor, create a link with the target "#benefitsofminor" instead of a URL. Note that this blue block will not be visible on your live site or in previews. 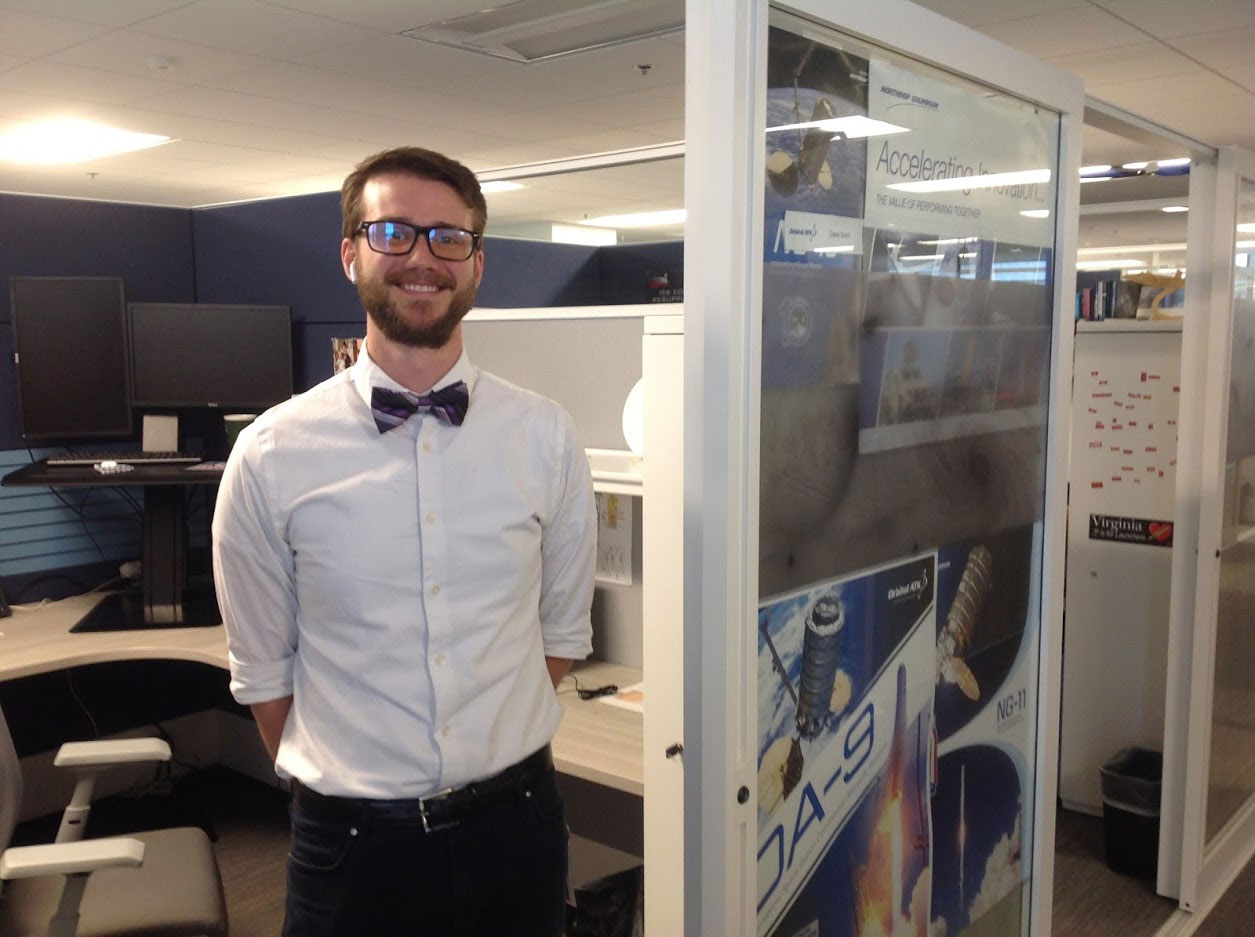 “I decided to take Russian courses because I wanted to effectively use my humanities courses towards my aerospace degree…and the other main nation in space is Russia, so learning the language seemed like a no-brainer.

“When I started taking the classes, I never thought of minoring in Russian. I ended up pursuing a M.S. degree in aerospace engineering and found myself still wanting to take extra Russian courses. It was fun, yet challenging in all the best ways. I kept taking classes and before I knew it, had taken most of the courses to obtain a minor!

“I know for a fact this helped me land my current job. My supervisor is Belarusian, and I think when he saw the Russian minor, it really sealed the deal for my employment.  I'm sure it also helped me get my first two internships. I feel that one random fact about me has given me an edge.” 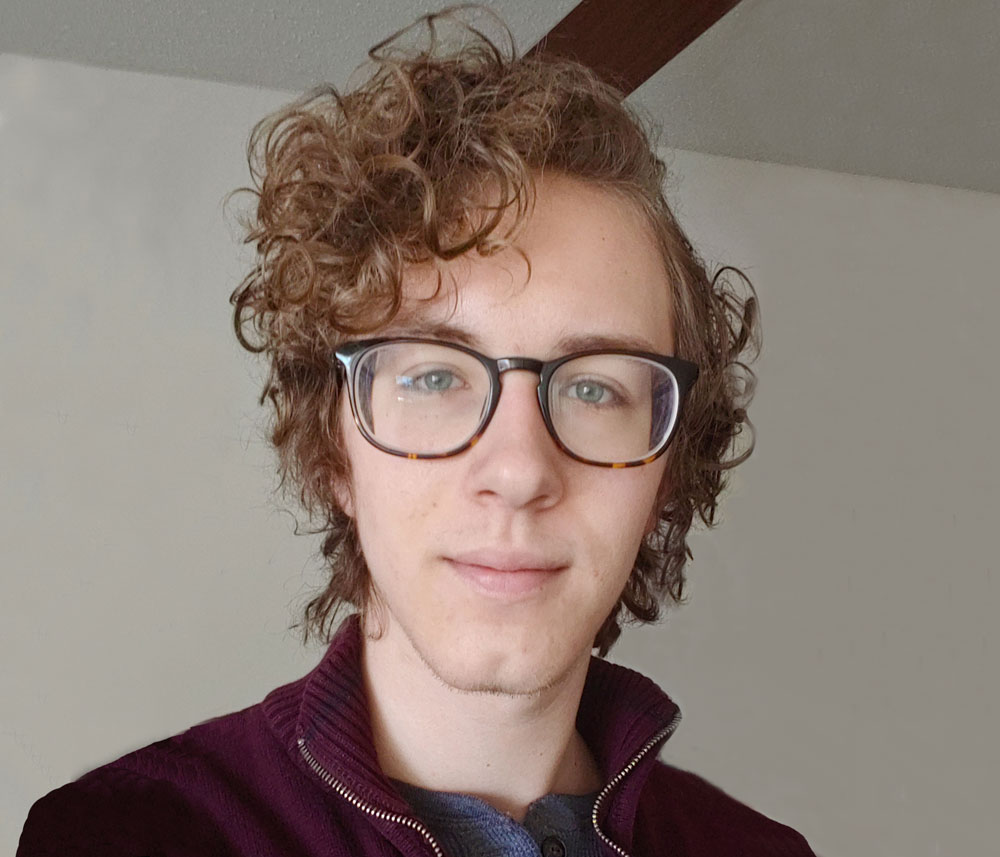 “My time in S&T’s Russian program was one of the highlights of my undergraduate career. I began the classes as a challenge and to learn a new language, but found I was also learning about another culture and adding a level of depth to my education. Having this knowledge has allowed me to view my studies from a different perspective and given me new insights.

“Dr. Ivliyeva’s teaching style encourages independent thought and having confidence in your work. These two things were especially important for me when applying to graduate schools — a nerve-racking experience that was made more bearable by knowing that my work was the best I could do. I feel my decision to complete the Russian minor was one of the best I have made, and one that will continue to benefit me going forward.” 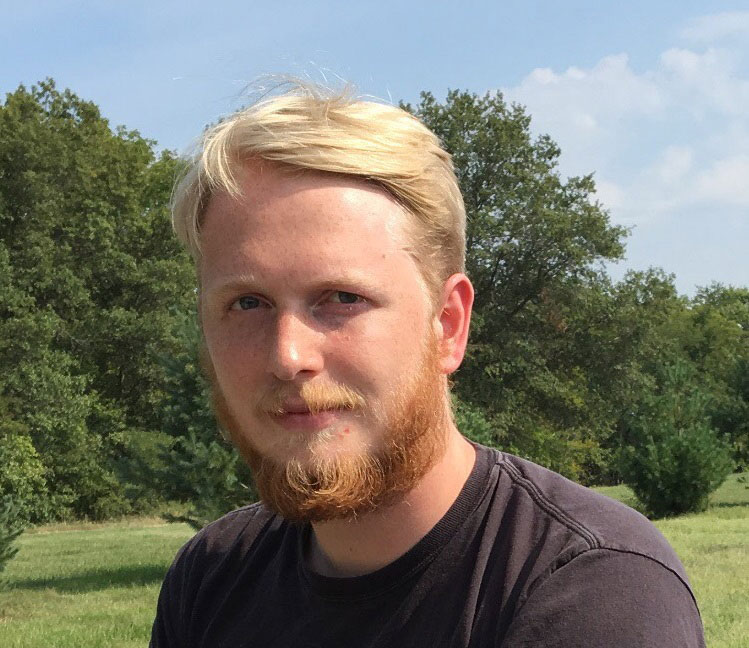 “I decided to enroll in Russian classes because I thought studying an exotic language would be a welcome break from the routine of mathematics courses.

“I would heavily encourage all S&T students to consider adding a foreign language to their curriculum. In today’s interconnected world, it’s vital for any engineer hoping to have an impact to also possess cross-cultural communication skills, which my time in S&T’s Russian program certainly gave me.”

"I started taking Russian because my degree required me to take a foreign language, and I wanted to try learning a language that was challenging and unique. I was nervous at first, but I realized very quickly that Dr. Ivliyeva's style of instruction made for an excellent learning environment and that any challenges along the way would be overcome.

"Once my degree requirements were met, I realized I wasn't ready to part from Russian. I was grateful to have found something in addition to Psychology that I felt passionate about, and I decided that pursuing that passion through obtaining a minor in Russian was important.

"People ask me on occasion how a minor in Russian relates to my major in Psychology, and ultimately I think it's about being committed to communication and understanding. Learning Russian taught me much more than just the language — it taught me about another culture, about other perspectives, and about the many elements that go into effective communication, understanding, and teamwork. These skills are very important both in Psychology and in life. Additionally, my time in the Russian program gave me the opportunity to receive the 2020 ACTR Post-Secondary Russian Scholar Laureate Award, which is an honor. I’m very grateful to have this reminder of my growth and my work in the Russian language.

"I believe that my minor in Russian will make me stand out from others through my passion and commitment to a unique subject, and it has provided me with invaluable skills that I can continue to utilize in all areas of life."

To point to this anchor, create a link with the target "#minor" instead of a URL. Note that this blue block will not be visible on your live site or in previews.

A Russian minor will consist of nine hours beyond the 12-hour B.A. foreign language requirement selected in consultation with a faculty advisor. The additional nine hours must be at the 2000-level or higher, with at least two of the courses at the 4000-level.

To point to this anchor, create a link with the target "#aboutdrivlieyva" instead of a URL. Note that this blue block will not be visible on your live site or in previews. 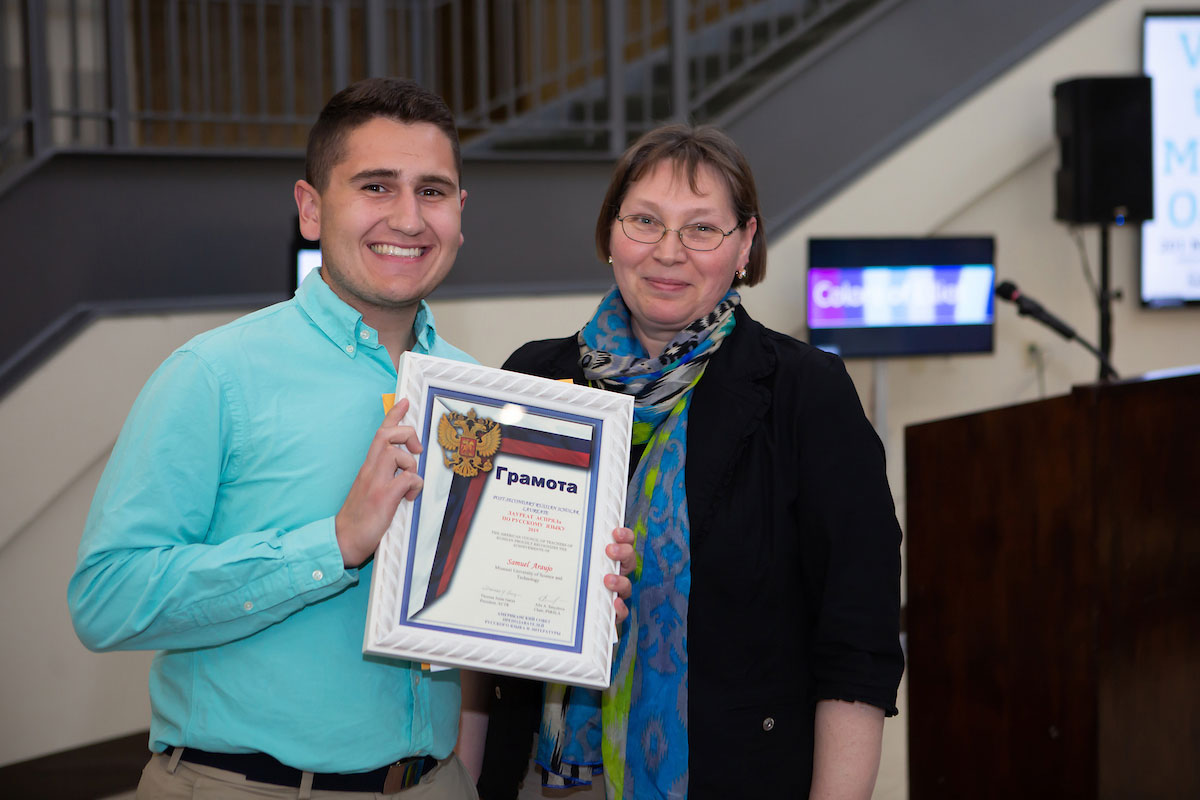 Dr. Ivliyeva with Samuel Araujo, EMgt’19, who received the 2019 American Council of Teachers of Russian (ACTR) annual Post-Secondary Russian Scholar Laureate Award for his passion and commitment to Russian language and literature.

She was named Missouri S&T Woman of the Year in 2012 and an Honorary Knight of St. Patrick in 2011. She served as chair of S&T's Center for Advancing Faculty Excellence (CAFE) from June 2019 to July 2022.

Ivliyeva holds a Ph.D. in linguistics from the Vinogradov Russian language Institute, Russian Academy of Sciences, and a master’s degree in philology from the Lomonosov Moscow State University. Her research interests include Russian word formation synthesis, comparative semantics, teaching with technology, and second language acquisition.

Ivliyeva has authored three monographs and dozens of articles and book reviews appearing in linguistic journals. She has organized linguistic panels, served as panel chair and panel discussant, and delivered her papers at numerous professional regional, national and international conferences.